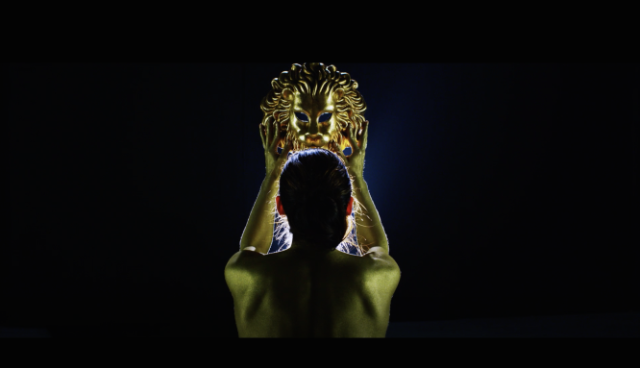 Jared Scharff has built up quite the resume over the years. Since 2007, he’s been a part of Saturday Night Live’s house band. While that’s his main gig, he’s also been a prolific player with some seriously major names, going into the studio with or backing up artists from Bruce Springsteen to Bruno Mars to Kanye to Lady Gaga. And along the way, he’s also released his own instrumental guitar music under the name Pearl Lion.

Besides being his creative outlet for his own compositions, Pearl Lion is a project with a personal nature — part of the name comes from Scharff’s deceased grandmother. In the past couple years, he’s been releasing singles building up to dual EPs titled Light and Dark. And today, he’s unveiled a new video for the track “Himalaya.”

“I never had any intentions for ‘Himalaya’ to be a standard song,” Scharff explains. He stumbled across the track’s intense rhythm and fuzz riff, then finished it by adding heaving, hip hop-inspired beats. Here’s what Scharff had to say about origins of the song:

The song had been finished but remained untitled for so long. It needed a name. I happened to be staying in Kangra Valley, right below Dharamsala (where the Dalai Lama lives) in the foothills of the Himalayas. One morning, I walked out to the porch and was staring out at this gorgeous view of the Himalayas. I knew at that moment, this song was called “Himalaya.” The power of what I felt from the Himalayas and that intensity mimic’d the feeling of the song to me.

“Himalaya” is indeed an immense-sounding groove, though it locks into a kind of trance-like effect that hints at Scharff’s transformative moment at the foot of the song’s titular mountains. It comes with an accompanying video directed by Blaise Beyhan of Falling Awake Films, a clip that’s part-performance video and part imagery associated with the Pearl Lion project — lion masks flown in from Amsterdam, pearls cascading to the floor, photos of Scharff’s grandparents and great-grandparents. (It’s also slightly NSFW, just a heads up.) Check it out below.

The Light and Dark EPs will be out in April. Revisit our 2017 Q&A with Scharff here.

DUMP HIM – Dykes To Watch Out For

Black Belt Eagle Scout – At The Party With My Brown Friends